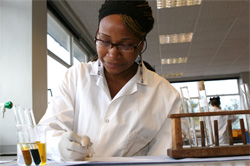 REQUIREMENTS FOR THE O-1

If these enumerated categories do not readily apply to the individual’s occupation, then other evidence can be submitted.  USCIS has recognized that for applicants in categories other than science and art different types of evidence are required. In preparing O-1 petitions for business people or professionals, it is important to submit letters from qualified individuals who are familiar with the beneficiary’s achievements who can attest to his or her accomplishments in the field. Evidence in these types of cases will vary according to the particular occupation.

The beneficiary must also be seeking to work in the U.S. in the field in which he or she has obtained extraordinary ability/achievement.

A U.S. employer or agent can file an O-1 petition on behalf of a foreign national.  Timing to prepare an O-1 varies greatly depending on the field of endeavor, and amount of evidence of extraordinary ability.  Similarly, post-filing adjudication time also varies greatly.  Premium processing is available for O-1 petitions.

One can obtain an original O-1 for up to three years.  The O-1 can then be renewed indefinitely in one-year increments.

Can Family Members Accompany an O-1?

The spouse and unmarried children under the age of twenty-one may apply for O-3 status in order to accompany the O-1 individual to the U.S.  However, spouses and children are ineligible for employment.

Can the Individual Work for More than One Employer?

If the individual wishes to work for more than one employer at the same time, each employer must file a separate petition with USCIS.

Is O-1 a status of non-immigrant intent?

While an O-1 individual must show that he or she will be in the U.S. temporarily, it is not required that the individual maintain a home abroad.  Additionally, the approval of an immigrant petition alone is not sufficient grounds to deny an O-1.